Walking around the Local Ocean Conservation (LOC) compound, it may be hard to pin down Fikiri Kiponda. As the Watamu Turtle Watch Coordinator, one of Fikiri’s main roles is to manage the Bycatch Release Programme. This has him bouncing from the office, to the beach and into the signature red truck driving to landing sites all over Watamu and Malindi to rescue turtles. After 20 years of community education and outreach work, we have ensured that most fishermen in the area have the turtle hot-line number, which goes straight to Fikiri.

When Fikiri receives a call, he alerts his team and any Eco Visitors currently staying. They all head out to retrieve the turtle, either at the landing site or at the fisherman’s home. Upon arriving, Fikiri will get important information from the fisherman: Where was she caught? When? With what gear? The rest of the team measure and weigh the turtle. If the turtle is healthy, it’s tagged and released back into the marine park. If not, the turtle is brought back to the Turtle Rehabilitation Centre at the project and cared for until it is well enough to be released.

Fishermen incur expenses such as phone calls to LOC, waiting for the bycatch team to pick up a turtle when they could be out fishing. Sometimes they even hire a small boat to bring the turtle(s) across the creek to Fikiri who waits for them at beach. LOC provides these fishermen with a small reimbursement to cover time and expenses. 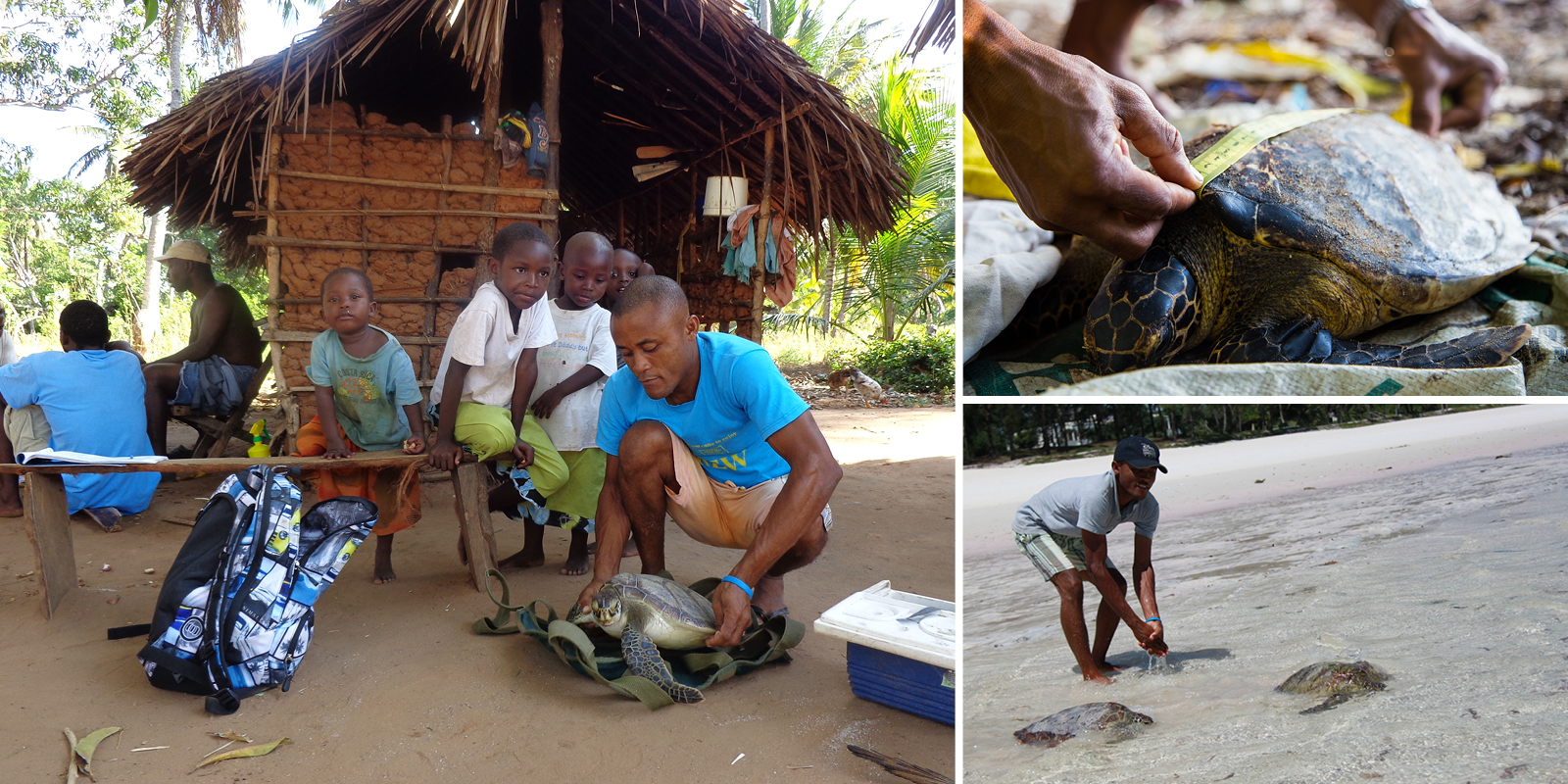 At first fishermen weren’t too receptive to LOC.  “We were seen as an authority figure like the Kenya Wildlife Service and fishermen feared that working with us would cause legal repercussions”. Fikiri notes that fishermen thought “handling a turtle, giving it to us, would mean that they have handled an illegal item, so they were shying away from us.” But this is not true – Fikiri and others went from landing site to landing site, shared their knowledge on the importance of turtles, and brought fishermen to the project to see what we do. Our school education programmes have also taught the next generation the importance of sea turtle conservation.

When asked to describe a special moment, Fikiri couldn’t decide. “Every moment in the by-catch is a great moment because every individual turtle is worthy of getting a chance at survival. That’s what keeps me going every day, because I feel I have not done enough the previous day.” Fikiri is the kind of person who will skip lunch, unable to pause until the turtles are saved, but he wants the world to know that this programme costs money. “It’s a good thing, but it involves money. Everyone has to know that this programme runs only if money is available and we only run on donations.” Though the reimbursement amount to fishermen is relatively small, LOC conducts many rescues, without which most bycatch sea turtles would otherwise be killed. We average roughly 1,500 releases a year, with over 18,000 rescues implemented over a 20-year period. Many people now comment that they see more turtles in this area, than before.

You too can get involved by supporting Fikiri and his team of turtle rescuers so that they can continue rescuing and releasing healthy bycatch turtles back into the ocean and empowering local fishermen to respect the turtle’s right to life. Now You Sea a way to help, click here to show your support. 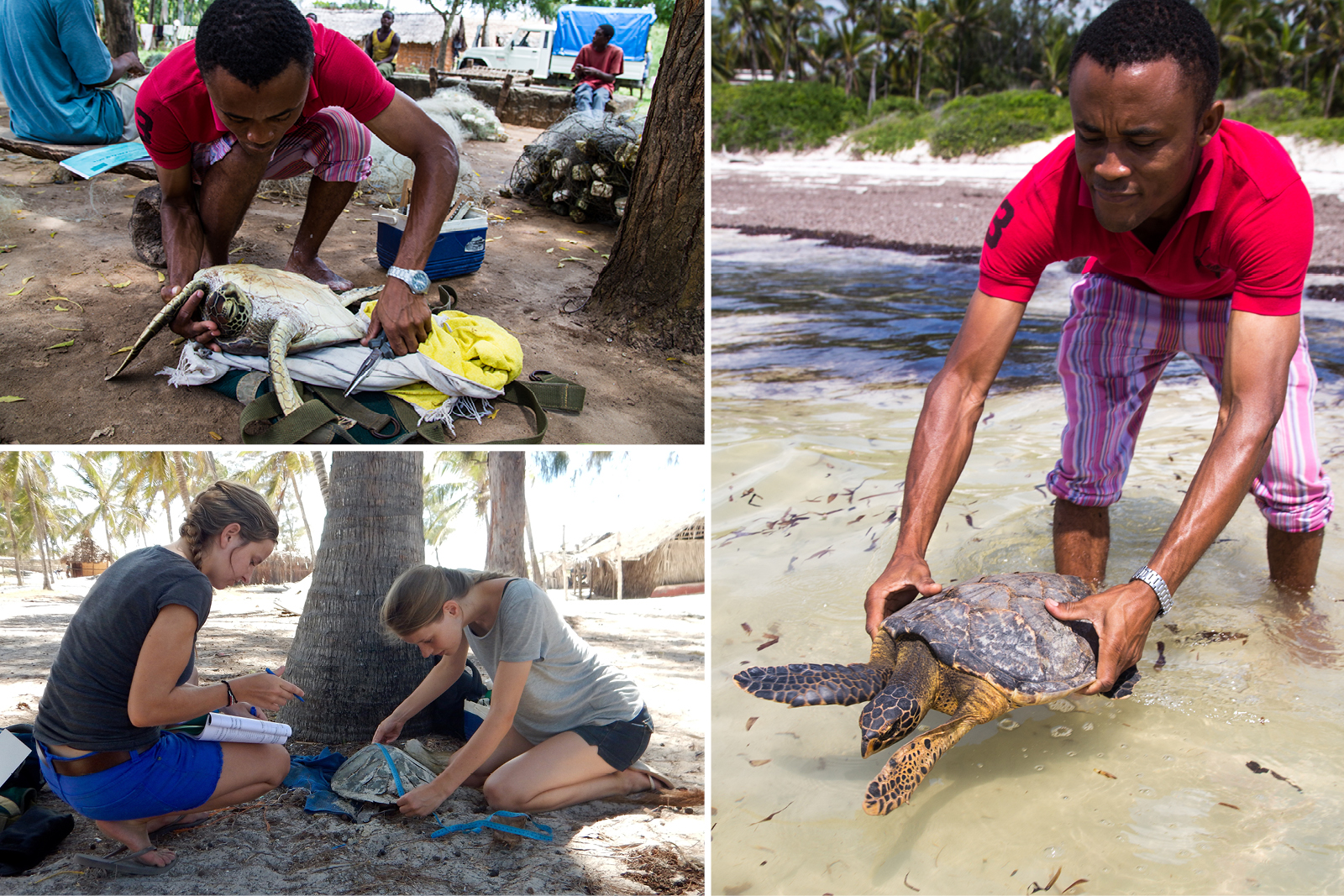