The Fight Against Poaching with Kahindi & Sammy

While some of Local Ocean’s crew walk the beach in search of a nesting mother or are headed to a nest relocation, a few are in search of something far sadder, the remains of turtles poached at low tide. Turtle meat and oil are sold on the black market; the shell and bones however aren’t worth much and could be incriminating, so the poachers will often leave them behind. They are a sad indication of where and how often poaching is occurring.

Prior to 2003, the magnitude of sea turtle poaching in Watamu was largely undocumented. LOC realised this and acted, by creating the anti-poaching team to monitor poaching on our beaches. Kahindi Changawa and Sammy Safari are two of the senior crew who head up this team. 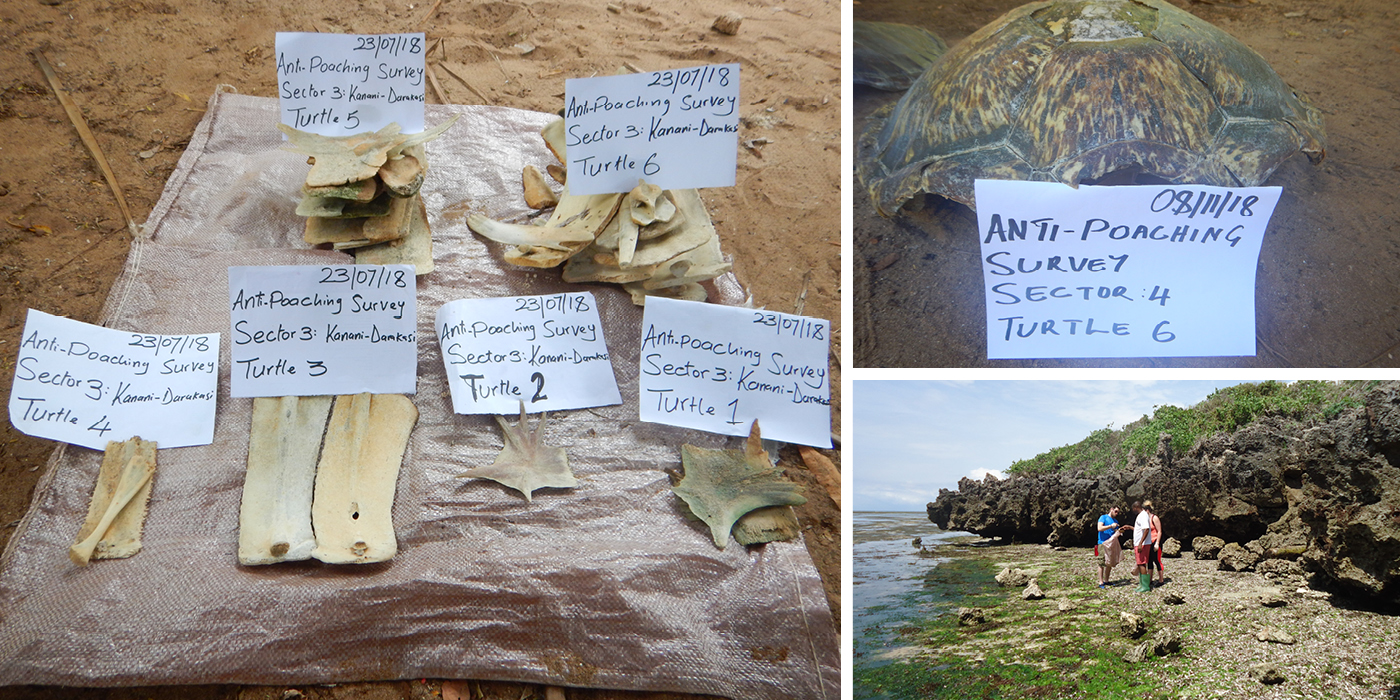 Kahindi, our Animal Welfare and Community Outreach & Awareness Programme Coordinator, has been working at LOC since 2000 and has worked on anti-poaching since the programme’s conception. Sammy Safari, LOC’s Community Liaison Officer has been with the organisation for 7 years.

On the topic of turtle oil and why it’s so valuable, Sammy says “this is because of traditions and customs. People believe that turtle oil has medicinal properties. They use it to try and cure asthma and malaria. Some even use it as an aphrodisiac.” Sadly there is no evidence to support these claims and certainly nothing to justify killing such a beautiful endangered animal.

Kahindi explained that the anti-poaching surveys conducted by LOC consist of looking for remains, documenting where and when they were found, and bringing them back to the project to ensure no duplication of records. Our community liaison officers share information about poaching with KWS and the community, encouraging members to report any poaching to LOC. As sea turtles are protected in Kenya, poaching one of these animals carries the maximum fine of 20 million Kenya shillings and a sentence of life imprisonment. In spite of this there is rampant turtle poaching along the Kenya coast.

The main method of turtle poaching is the use of illegal spear guns, almost all home-made. 90% of the fisherman who fish north of Watamu in the Marine Reserve, use this gear which leaves a distinct wound that is easy to identify. When asked how this gear works, Kahindi said “they have adopted a fishing system or spearing system in which the big turtles are always speared in the middle of the neck, damaging the spine, and that debilitates the turtle, so it becomes an easy target. It’s not by accident.” During a community forum, the fishermen identified poverty as a root cause of turtle poaching. Their inability to purchase legal gear perpetuates the problem. 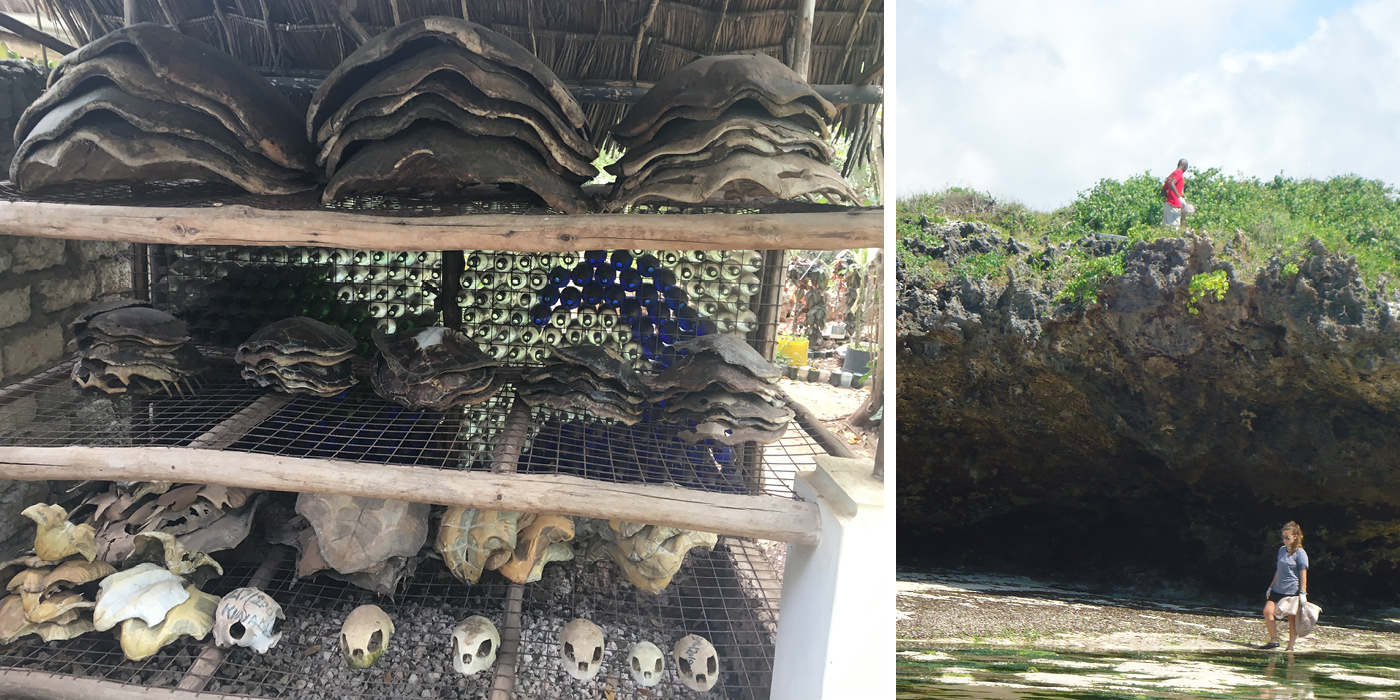 Because the fishing gear they’re using is illegal, the fishermen are less likely to work with LOC’s bycatch release programme, fearing legal repercussions. LOC doesn’t have the power to jail or fine fishermen, but the information collected in the surveys is given to the Kenya Wildlife Service (KWS) who does.

When asked about solutions, Sammy named a few. He suggested that increased monitoring of the beaches would minimize times and places where poaching is possible. The most beneficial solution however, is implementing a sustainable fisheries management, including improving access to legal fishing gear. Sammy is hopeful. He said, “there are those that have come together and put their savings aside so that they can buy fishing nets. There is improvement. Those that are using the legal fishing gears, they cooperate with us.” Fishermen that cooperate with LOC are part of our bycatch programme; through their work with LOC they understand the importance of turtles and the need to conserve them. Community engagement is vital to LOC’s success in its fight against turtle poaching, but importantly this also improves a sustainable fishery which also helps take the pressure off the need for fishermen to kill turtles.

You too can get involved by supporting LOC’s anti-poaching team, so that they can continue to bring about behaviour change in our local fishing communities. Now You Sea a way to help, click here to show your support.