While the rest of Watamu sleeps, sea turtle nesting mothers choose the night’s high tide to lay their clutches of over 100 eggs, the future explorers of a global ocean. As the mothers return to the same beach year after year, so do our nest monitors who come to walk the same 5km stretch night after night to protect the mothers and eggs from poaching. The following morning they’ll return to relocate nests if they have been laid too close to the ocean or resorts, to protect the soon to be hatchlings. Once the nest has hatched two months later, they’ll return one last time to excavate the nest, freeing any trapped hatchlings and recording the success rate of the nest.

The nest monitoring programme was the beginning of Local Ocean Conservation, when a group of concerned residents began patrolling the beaches nightly in 1997 under the name Watamu Turtle Watch. 22 years later the eyes that scan the sand have changed but the diligence hasn’t. Newton Shungu has watched the sand fly from mothers’ flippers, relocated nests and excavated nests for LOC since 2016 and currently is in charge of the nest monitoring programme. 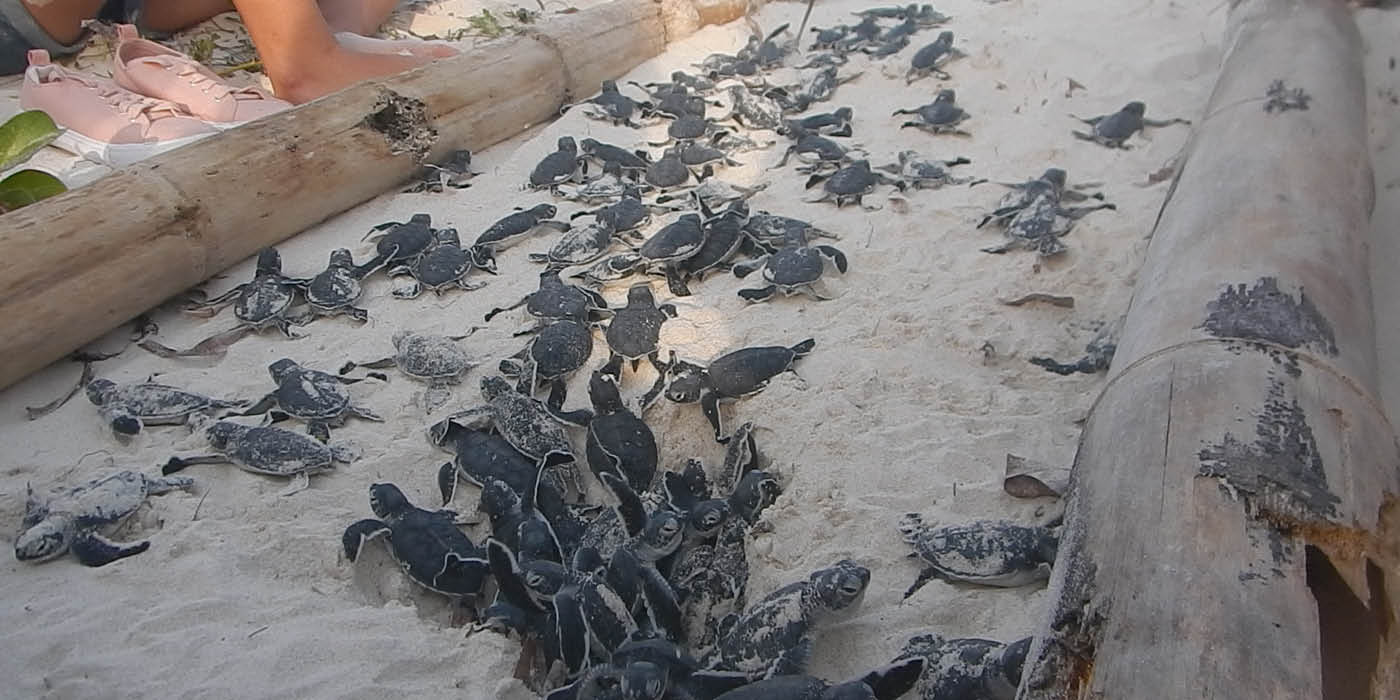 The three components of the programme: night patrols, nest relocations and nest excavations are all critical to maximising the survival of turtle hatchlings. Night patrols can be quite exciting, the massive mother illuminated by a red light faithfully digging the nest. Similarly, the relocations are filled with hope, holding the delicate papery eggs with the utmost care and keeping them shaded during the transfer. Newton is happy to report that the number of nests on our stretch of beach has been increasing in recent years. As of July 24th, we have recorded 91 nests for 2019 which has surpassed last year’s record of 87.

While the night patrols and relocations are generally positive events, the nest excavations could be good news or bad, high success rate or low. On the subject, Newton commented “it’s a tough part of our job but a very important part because it can tell us how many hatchlings went to the sea and how many didn’t make it and how many eggs failed.” Although sometimes sad to see, this number allows us to track changes in nest success rates. 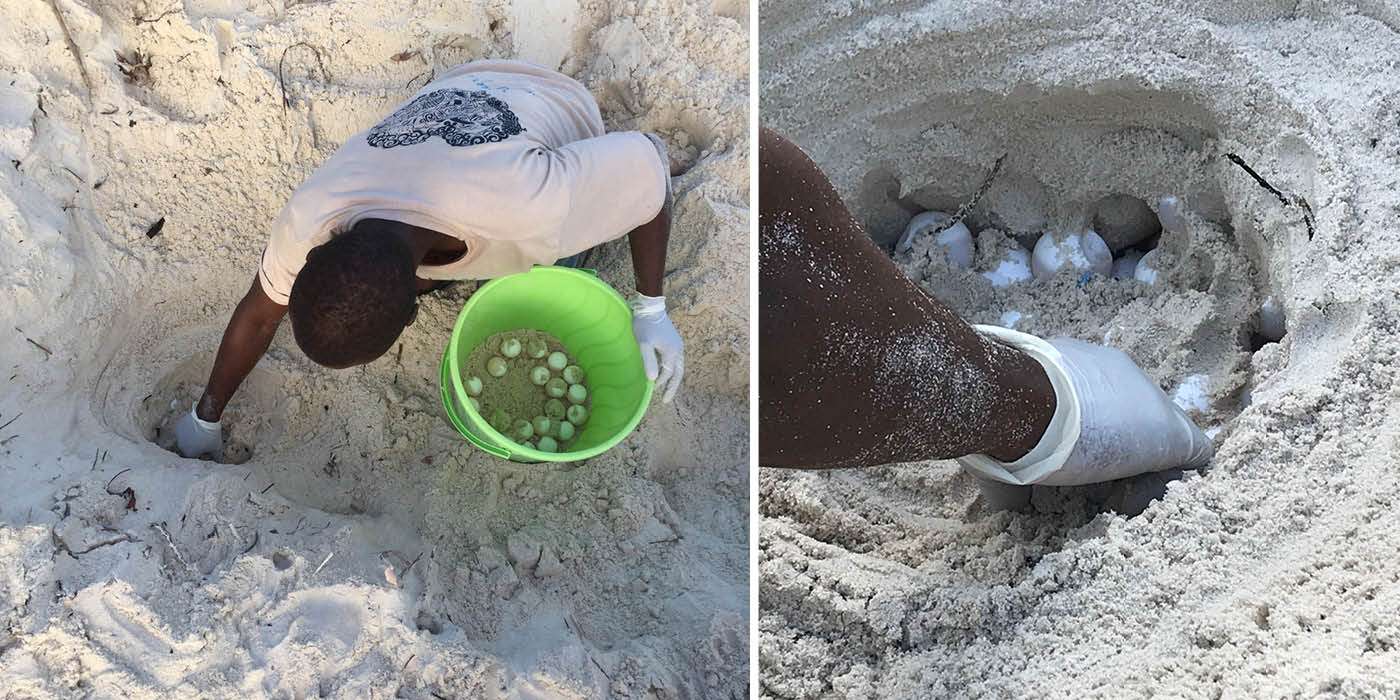 When asked about why nest monitoring is important, Newton highlighted the importance of spreading awareness about a very interesting and essential animal. He said “by conserving this animal we are trying to get people to get to know this animal. The turtle has a very interesting story if you know about her.” Often people walking on the beach will stop to watch, learning a bit in the process.

Sometimes the monitors get to actually see a turtle nest hatch. They usually hatch at night, so witnessing it is a rare treat. Newton said that watching nests hatch, “it’s something very special. Even we who are always there, it is not easy to see a nest hatching. It can be a joy to us.” 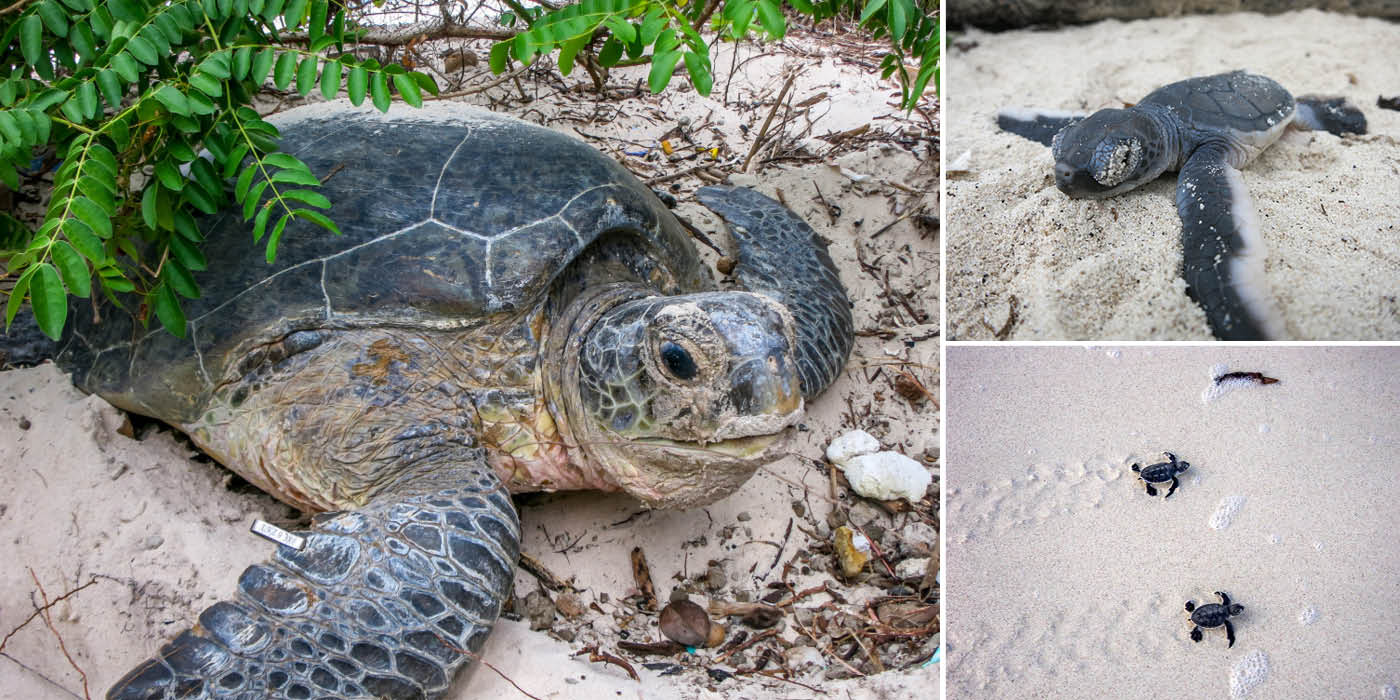